Terminator 2: Judgment Day: The Book Of The Film - An Illustrated Screenplay

Terminator 2: Judgment Day: The Book Of The Film - An Illustrated Screenplay is a 1991 book by James Cameron and William Wisher, Jr., published by Applause Theatre & Cinema Book Publishers. Its copyright was renewed in 1997 and 2000.

The book contained the reprinted working script for the film, including deleted scenes that were filmed & those that were not filmed & existed either in text only or as storyboarded images.

Also included were conceptual drawings of characters, weapons, vehicles that were not included in the film due to time or budget constraints, as well as explanations of the visual effects used in the film. 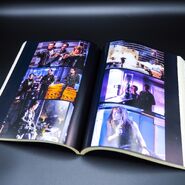 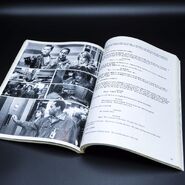 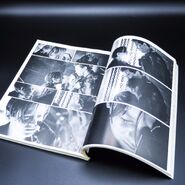 Sample
Add a photo to this gallery

Retrieved from "https://terminator.fandom.com/wiki/Terminator_2:_Judgment_Day:_The_Book_Of_The_Film_-_An_Illustrated_Screenplay?oldid=99013"
Community content is available under CC-BY-SA unless otherwise noted.