Designed in the MIR Research Complex on the Kolya Peninsula, Russia; they have a ceramic endoskeleton that mimics human weight and physiology, complete with organ-systems, and lifelike pheromones that even deceives animal detection. Its improved musculature means it has faster reactions, and is stronger than a T-8xx. Each TS-300 is equipped with the EM sensor masking/stealth unit which enables these TS-300 to deceive electronic detection systems. Personality transfer software from captive humans for a full infiltration capability by replacing specific humans. Earlier models had personality conflicts with MIR/Skynet directives, allowing original human personalities to override, resulting in terminators who believe they are the humans they were templated from, since overcome with more stringent programming.

TS-300 are capable of wireless comunication with MIR and Skynet and other Terminators, when needed they can physically link to computers with cables contained in their hips.

Alpha models have since overcome the personality instability issues with more stringent programming of the override protocols. Within 100 milliseconds, a TS-300 can assert dominance over an upstart personality template, and purge it if required.

Early models had significant personality conflicts with MIR/SKYNET directives, allowing the original human personality to override the terminator, resulting in units who believe they are their human-templates.

Captain Sergey Pavlichenko, the leader of the Spetsnaz cell, discovers these TS-300s are the escaped "Beta test" prototypes. These defective units believe that they escaped a MIR Concentration Camp, and work against the machines for humanity. However, sufficient damage to a Beta model can eliminate its human-personality, allowing the MIR/Skynet infiltrator protocols to reassert dominance, and convert the unit back into a Skynet-controlled terminator.

TS-300's are strictly limited in production quantities as they are intended to replace targeted individuals. Multiple copies of the same template are detrimental to infiltration success.

TS-300's are capable of wireless communication with both MIR and Skynet HK, and terminator units on discrete channels. MIR only releases nominal control of TS-300's to Skynet during joint operations, leaving them able to pursue MIR's unique agenda in opposition to Skynet covertly. Skynet is suspicious, but underestimates the threat posed by TS-300's in the field.

The Series TS-300 was discovered during a Spetsnaz rescue/raid in eastern Siberia. 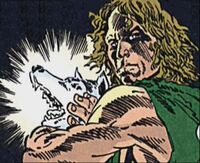 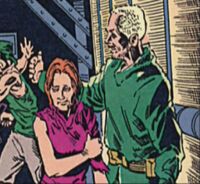 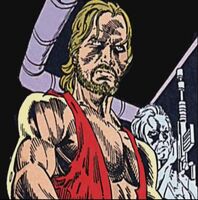 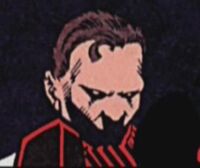 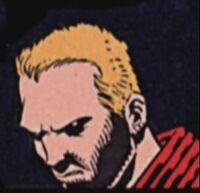 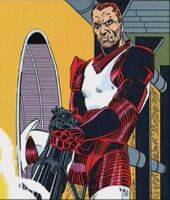