Edit
watch 03:36
Wiki Targeted (Entertainment)
Do you like this video?
Play Sound

Plasma weaponry is a directed-energy weapon technology used by both the Resistance and Skynet during the Future War.

Personal pistols[1], rifles, sniper rifle, shotguns, miniguns, cannons, crew-served weapons, and many varieties of vehicular-mounted heavy weapons are operational throughout the battlefields of the Future War. With the advent of time travel interrupting the timeline with both knowledge [2] and even actual artifacts [1] of future technologies, the exact date of introduction to plasma weaponry is entirely uncertain. 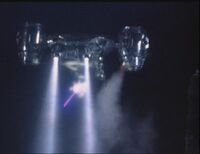 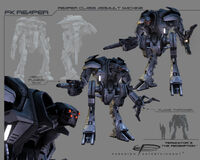 Plasma SMG from Terminator 3: Rise of the Machines

Plasma grenade from Terminator 3: Rise of the Machines

This article is a stub, it is missing information on toys or merchandise. You can help Terminator Wiki by expanding it.