A common Skynet tactic is to have a Terminator impersonate another human or Terminator's voice or appearance.

Most Terminators seem to have the ability to perform vocal impersonations. Terminators utilizing mimetic polyalloy, such as T-1000, T-1001, T-XA and T-X, are able to impersonate both the voice and the appearance of other humans.

Vocal impersonations have been used from the first to fifth Terminator films and the TV series:

Mimetic polyalloy, such as T-1000, T-1001, and T-X, as well as Machine phase matter, the main component of T-3000, enable an Infiltrator to impersonate anyone who is physically contacted by it. 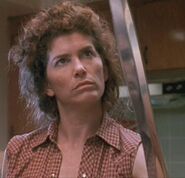 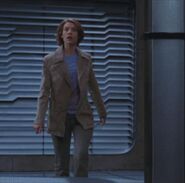 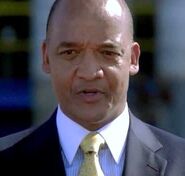 The Automite Systems spokesperson Bradbury
"Automatic for the People"

The Bar Skank
"Goodbye to All That" 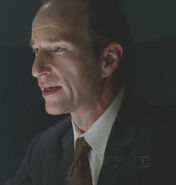 Goodnow
"Today Is The Day, Part 2"

Retrieved from "https://terminator.fandom.com/wiki/Impersonation?oldid=96542"
Community content is available under CC-BY-SA unless otherwise noted.