Edit
watch 01:55
Cobra Kai Season 4 - The Loop
Do you like this video?
Play Sound

The term HK-Aerial, Aerial HK,[1] or Flying HK,[2] refers to a wide variety of Skynet's large, airborne, VTOL-capable Non-Humanoid Hunter Killers. Featuring a devastating array of under-slung and wing-mounted lasers, missiles and plasma cannons, the HK-Aerial is fearsome and terrifying to behold.

Often operating in support of ground sweeps by swarms of Series 800 Endoskeletons, they are one of the more dangerous targets for the members of the Resistance to engage.[3][4]

HK-Aerials can be brought down by shoulder-fired surface-to-air missiles.[5]

In the original timeline, there were two known models of HK-Aerials: the Mark Seven Aerial, which looked like a helicopter, and the Mark Eight Aerial, the newest model.[6]

There are light raiders seen patrolling the wastelands of the Future War,[7][3] massive and heavily-armed ground support craft,[8] as well as troop transport variants[9] which on occasion have been captured and subverted for use by the Resistance.[10][11]The HK-Aerial has been deployed in many configurations by both Skynet and the Soviet Artificial Intelligence MIR.[9]

In the Salvation timeline, an HK-Aerial is able to carry T-700 Terminators onboard,[12] while a Transport is capable of storing two HK-Aerials.

In the Genisys timeline, an HK-Aerial is able to store and carry a Spider Tank.

In the Dark Fate timeline, Legion also deployed HK-Aerials to hunt humans, however, the design of Legion's HK-Aerial differs greatly from the design of Skynet's.

Continually engineering upgrades to the original design, a smaller, more agile air unit is available in a sleeker, more organic design with the HK-VTOL,[13] a unit powerful enough to carry a Boeing 747 jet engine in a cargo sling. 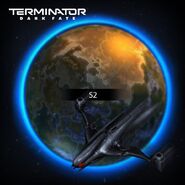 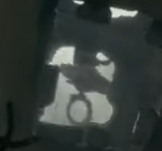